The pickup scene has resumed a high level of activity over the past couple of weeks. It’s refreshing to see the level of enthusiasm some of the players have displayed with regards to their activity. Pickups are a great way to get involved with competitive TF2. It allows you to get to grips with the basics of the competitive format, and sets a foundation for your competitive development.

Here is a list of the 5 most basic errors I see regularly:

This is always the most basic error that the majority of players are guilty of. Positioning is one of the most simple aspects of competitive TF2, but a lot players still don’t grasp the importance. I can’t mention how many times I see players be completely ineffective because they are in the wrong place at a certain time. A lot of this has to do with game knowledge and  map awareness.

Examples of this mistake include scouts pushing through congested areas, such as the choke point on badlands mid, where they are extremely vulnerable to be picked off by splash damage from rockets and stickies. Not only do some scouts push through the wrong sections, but they also leave flanking routes open for their opponents to exploit when they are out of position, which in turn allows their opposition to easily out-flank them.

It is really important that you learn the best possible location to be in for your specific class on a specific map according to the situation you find yourself within. Ask experienced players where you should be at any given time if you do not know, and listen to the orders your captain issues. This doesn’t only apply to scouts, but for every other class in the game as well.

This one really irritates me, and is quite possibly the biggest mistake a lot of players make. Many players have the mindset in TF2 that they are expendable because they will respawn after they die. When you die in TF2, you are out for a lot longer than the time that it takes you to respawn. You also have to take into account the time it takes you to move back into position after you spawn. Depending on the map and the respawn timer, this can take anywhere from 20 to 40 seconds. That is a LOT of downtime where you simply aren’t of any use to your team.

A lot of players simply refuse to fall back to their medic or pick up medpacks when they are low on health. This is especially noticeable during mid-point battles. Some guys just rambo in and die over and over with no concern for the consequences. This is extremely reckless and in most instances will cost your team points. When a player dies, it opens up new options for opponents who know how to exploit vulnerabilities. It allows them to flank, or simply overpower your team with a numbers advantage.

The answer to rectifying this is to focus on maximizing your lifespan every round. Find yourself on 20 health after a mid-point battle where your opponents just overpowered your team? Then dont rambo into their whole team and die like an idiot! Fall back to a spawn location or medpacks, and heal up. Even better – if your medic is still alive, make sure you meet up with him and help him charge up that uber in time to fend off the incoming push. Position yourself accordingly and prepare yourself for the next phase of play. Always remember that a player that’s alive has a much greater impact on the game than one who constantly finds himself spectating his teammates.

Awareness plays a huge factor in determining the value of a player, and it’s shocking how dumb some people can be. So many times have I seen teams push forward when they are at a numbers disadvantage when compared to their opponents. You can’t push forward in a situation where you are outnumbered – it is a recipe for disaster.

Pay attention to voice communication, and press your scoreboard button every couple of seconds. This is the best way to make yourself aware of what’s going on at any stage in the game, and with that information you will enable yourself to make informed decisions which will allow you to have a greater impact on the game.

A lot of the newer players are guilty of this. Some players will chase frags no matter what the cost, and they will do it in a fashion that has absolutely no impact on the game. Don’t make yourself guilty of tunnel vision at any stage in a match. Think before you act – make sure your decisions will have a more profound effect on the match than just simply increasing your frag count. Sometimes guarding a choke or capping a point is more important than participating in combat.

If you ever find yourself in a situation where you simply will die no matter what, make it count. You aren’t going to kill a fully buffed soldier when you are low on health yourself. Do not attack the first thing that happens to be in front of you! Pick a target who you know has a higher probability of dying, and will give your team the necessary edge to be successful. In most cases this will almost always be the opposing medic.

This is absolutely my biggest peeve in pickups and pisses me off to no end. Communication is the make or break factor in the majority of pickup matches. Calling out opponent positions and health values is extremely important. Making your pocket and medic aware of a flanking scout can win your team the round. The more your team talks and communicates effectively, the higher your chance of success will be.

If you don’t have a microphone, go and buy one as soon as possible. A player that can’t communicate is a liability for his team, no matter how good he is. Familiarize yourself with the importance of communication, and practice it at every opportunity you are presented with. You will be surprised what an impact you will have in a match when you can effectively communicate. I guarantee you that your efforts will be noticed, and your value will skyrocket in the eyes of many players. Nobody wants to play with someone who is mute for the majority of a match. 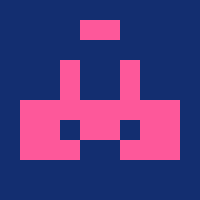 Good points. Plenty people make theses mistakes all the time. I do often and kick myself for it.

Yeh man good stuff even myself I’m a “FragHorny”

I agree, really good points loads of people can focus on doing/improving.

Very good read, I think almost all the points can be said about about every player as we all do make the mistakes including myself, regardless if its a few points or all, they do happen. Trying to learn from them is the key and is what will make you and the team that you are playing for better.