The obstacles to getting into competitive TF2

Zephon, captain of the long standing pcZ clan and Team Fortress 2 (TF2) veteran talks about his views of obstacles when trying to break into the competitive TF2 2 scene and how to overcome it.

So to start with, let me introduce myself.  I am your friendly, ever supporting Zephon, “Ragebaas” to my clan-mates. If you have seen me on the pubs, I thank you for helping me on my way to get my strange scatter gun up to over 8500 kills. For those of you who frequent the pick-ups, you may recognize me as this…

P.S: That happens to be the face I pull when I have to scout against Xt3rm!n@tor

The purpose of this article is just to point out some of the challenges new teams face when trying to break into the competitive scene of TF2. Hopefully this article will provide teams with enough insight so they can overcome these obstacles and stick together long enough to make it!

Team Fortress 2, the game with the high learning curve we love so much.

Most people start out their TF2 journey the same, by rocking the vote on the public (pub) servers. Pub servers, sadly, do very little to show someone how each of the classes truly work competitively. In a pub match it is every man (and woman) out for his (or her) self, your goal not being to win the map, but instead to be MVP on your team. Communication in pubs is less about pointing out enemy positions or co-coordinating pushes and more about raging at the players on your team because from your point of view, they are not doing a good enough job ensuring you get MVP.

The negatives out of the way, pubs are good for getting a general feel of TF2. They also help out with recognising how one should take on each class (to a small degree). The main thing pub did for most of us though, is give us a hunger for the competitive scene (those of us with a pair that is, I don’t mean a physical pair, but a metaphorical pair, that way I am not discriminating against girl gamers 😛 ).

TF2 competitive, unlike most other competitive games in my opinion, is highly teamwork orientated. You can be one of the top individual players in S.A, but if your team is not coordinated and doesn’t pull their weight your team will struggle. Just being able to avoid a complete walkover against the mid-level teams takes a lot of reading, replays, and practice… and even after all that there is no guarantee you will be able to compete against the mid-level teams yet.

Murder on the point

This is one of the reasons players and teams get frustrated and then give up. But let’s be honest this is to be expected, the average gamer in my opinion is generally a lazy animal who would rather ditch a game he/she is struggling at and blame the game for being broken, rather than admit that it is their fault and put in the effort and work at getting better. That generalization moved over to the TF2 competitive scene and as a result of that TF2 competitive works as follows: A player comes from the pub scene where he rocks the proverbial socks with his/her mad heavy skills. He/she puts together a team of like-minded players and together they play against one of the established teams in a comp, they get murdered. Rather than try and learn from where they went wrong, they find it is easier to rather blame one another for their loss and as a result and the team breaks-up.

It takes time and effort to get a team to work (this cannot be stressed enough!), Operator did not just come into existence and start their domination of the TF2 scene! Severe, Vintage and Masters are where they are because of a lot of work! We at pcZ have been at this for, I think roughly around 8 or 9 months, and we still have to fight our asses off for our points in games against the guys in our division. Becoming a winning team is not easy, but heck it is darn worth it once you get there!

Having a reliable and determined team

This is what separates the best teams from the one week teams; having a group of players who are prepared to go through the time and sacrifice to make something of their team. Players who are prepared to admit when they are wrong rather than just blame the others, players who are prepared to help their team mates with their shortcomings and be prepared to take the criticism of their players and improve. Reliability is not a strong point with the TF2 competitive scene in South  Africa, often teams are going into tourneys making use of the two man substitution rule because their players’ couldn’t pitch (Although this is rather irrelevant to the topic at hand). It is crucial that when your team begins its journey everyone is on the same page with where they want to go with the project.

Conclusion (there it is over, take it and go)

To finish this off, all I can say to new teams is this: don’t be disheartened and frustrated if your team is struggling against others. TF2’s competitive scene is tough, especially here in SA with most of the teams being TF2 veterans, but if there is one thing going for it-it is that this is a community that is prepared to help people learn the game and is courteous to the new guys (with the exception of a few tools, but that is impossible to escape, regardless of the game). Keep on trying, ask for help, join pick-ups, watch replays and most of all have fun. It is and always will be a game! 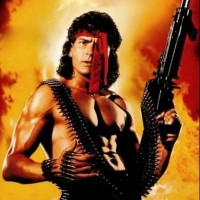 Since this is an opinion piece…

‘TF2 competitive, unlike most other competitive games in my opinion, is highly teamwork orientated’

I think all competitive games are teamwork orientated, unless its 1 vs 1.

Everyone has to start somewhere, and I think reading an article like this is certainly a good place to start, nice work Zephon.

Good stuff mate! People must just keep up with the ups and downs of the competitive scene.

Thanks guys :D. Was rather nervous with this article, <3 u to peng!!