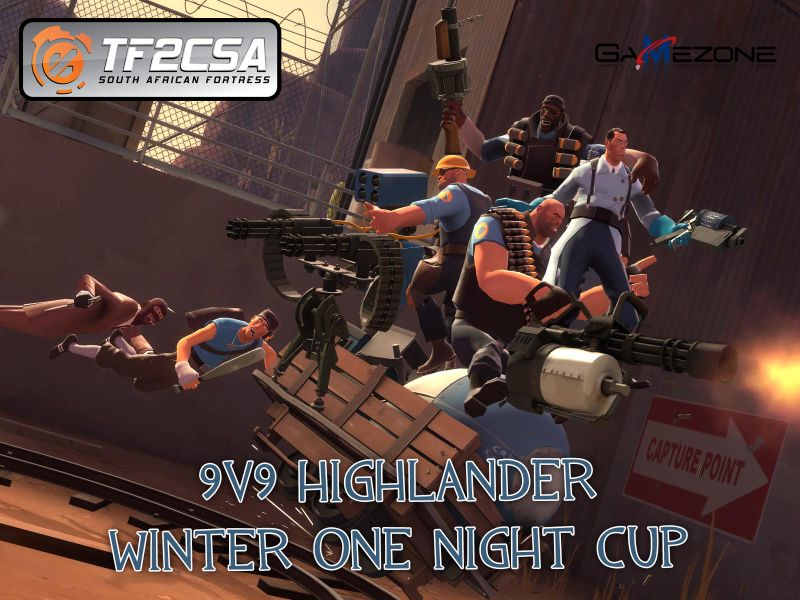 Rejoice! The moment all pubbers, MVM players and even some competitive 6v6 players have long hoped and dreamed of is finally here…It’s the first 9v9 Highlander Winter One Night Cup, brought to you by TF2CSA and Gamezone.

You are cordially invited to “Get on the freakin point dumbass” and gently admonished to”Get to the cart, ya bloody idiots!” In Highlander you’ll be a part of a well oiled machine comprising of one of each class – 9 players – versus another team of equally motivated, though obviously inferior, individuals.TF2 players from all classes and all disciplines come together! You too can be “credit to team!”

We’re working on some prizes (TBA), but in the meantime, get your team registered and have some fun!

Teams can choose from the following map pool:

ooh, I would love to play in this…
If anyone is looking for more members let me know… http://steamcommunity.com/id/thedruid/

Horsey in and for sure this time 😛

My unnamed team is in 🙂 Line-up TBA

Sadly Team Server are unable to play in the competition.

MIST is in if there is space 😛

i really would like to enter a team from my Battlefield clan, we’re probably only up to max7 people atm though. So we could probably add some other pubbers into the mix to make our team happen. Space permitting of course.

Submit your teams – if we have more, we’ll make a plan 🙂