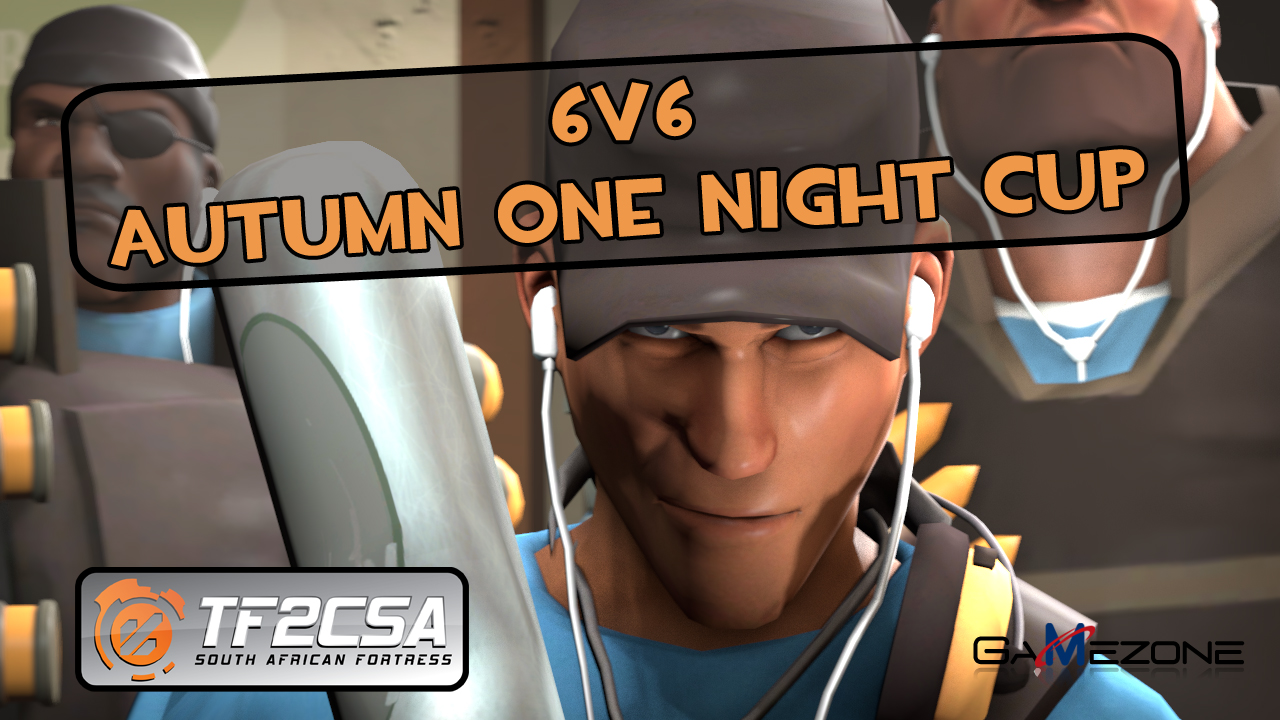 TF2CSA and Gamezone are proud to announce the Autumn One Night Cup for 6v6 TF2.

We want you and your clan playing! We at TF2CSA want to get more regular local competitive TF2 happening again and get some new players into the game we all love. TF2 is an incredibly fun game as well as being an extremely competitive game that requires a lot of skill – which we’ve got a lot of in SA. The local community deserves more competitions and we aim to deliver.

There will be some prizes (some cool strange items and hats), but remember: this Cup is all about fun!

The plan going forward is to hold regular One Night Cups as well as a league later in the year.

Competitive TF2 is back and exciting things are on the horizon.

Register your clan (with team members) in the comments.

Schedule for the final

AV are of course also in.

Infinite is in elapid, goldfox, warhammy, alphabet, cheesed, kickass and heavens… How come no one else has added their roster ?

One man armies I guess 🙂

I will contact all the captains individually and confirm the team lineups before the comp. Some are still in the process of finalizing.

Seems like there is no space for Prime in the tourny – guess we have to let someone else win.

Sorry Gim, only space for 6 teams. The next comp though will have space for 8.

Get your team ready Gim, just in case some team cant make it?

Thanks to everyone who played. Well done to Severe and Vintage for making the finals!

Good Comp.
Had loads of fun, thanks for hosting and well played to severe

Congrats to all the teams and an extra very well played to Severe. Well done guys and girls 🙂

Well played all managed to catch the last few games being played. Ill join you guys for the next 1! Thanks seamonkey for picking up my slack (pls dont be better than me next time :P) 🙂

Yes, a massive thank you to Seamonkey. Managed to put up with us on mumble and still carry us to victory.
Thanks and well done to everyone who had a hand in this competition. We had a lot of fun and more than a few anxious moments 🙂