You must have played TF2 for a while. If you’re a beginner with TF2 don’t bother joining a pickup. The others will notice it straight away and start moaning about you.

You don’t have to be particularly good at TF2 though. As long as you have a good amount of experience with it (ie. know maps, know where the health/ammo is on maps, know all classes, know all weapons including unlockables, having most of the general achievements).

A rule of thumb is to have at least 40 played hours, and at least 20 hours in two of three of these classes: Scout, Soldier, Demo.

If you have never seen a TF2 clan match or pickup, then you should not join one. That would be like playing a game of chess without knowing the rules – a complete mess. When a pickup starts you can try to join the tf2 server and spectate it. See how it plays out and learn from it. Do it a couple of times and then maybe try to add to a pickup yourself. This is a very important point. If you choose to ignore it you will be banned.

These rules go into effect immediately. I (skillbill) will attempt to keep this as short as possible.

-Every player who adds to a pickup has 7 minutes to join the server after the last person has added to the pickup.

In the case that a player will be late:
– It is the guilty party’s duty to inform the admins within 5 minutes of the pickup starting that he/she will be late.
– If the player does inform the admins in #tf2 that he is going to be late, and he joins the server within a reasonable timeframe (12 minutes) – then his punishment will only be one warning. Should the same person be late for another pickup on that same day, he will be banned for 12 hours.
– If the guilty party fails to inform the admins that he will be late, and still joins the server within 10 minutes, that player will only receive a warning. If the same player is late again for another pickup on the same day, they will receive a 12 hour ban.
– If the guilty party does not inform the admins that he will be late, and joins the server 10 minutes or later, they will automatically receive a 12 hour ban. No warning needs to be issued.
– PLEASE NOTE: A player who is late for a pickup may be substituted at any time by a pickup admin, regardless of whether that player informs the admins if he will be late or not!
– These bans will be monitored strictly. Repeat offenders will be banned for longer periods. It is common courtesy towards your fellow players not to be late for pickups.

In the event that a player leaves a pickup early:
– In the event of a disconnect, the player must attempt to contact a #tf2 admin as soon as possible to inform them how long it will take them to rejoin the server
– If the player leaves the server on his own account, and informs an admin that they will be leaving, it is up to the admin to decide whether that person will receive a ban for 12 hours or not. In the event that the player leaves without warning, they will automatically receive a 12 hour ban.
– Admins should be reasonable with regard to this topic. We understand that sometimes things do go wrong, and we will review the evidence before we make a decision.

-In the event that there are no players willing to captain in the absence of the regular players who normally assume this role, it will be the responsibility of any #tf2 admins (pickup / AOP / SOP) to captain the sides. In the event that only one admin is playing in the pickup, that admin may assign one of the more experienced players in the pickup to take on the role of the opposing captain.  #tf2 admins who refuse to take on the role of captaining in the absence of volunteered captains, will have their admin access revoked from #tf2 for 24 hours. Repeat offences will cause that admin’s access to be removed permanently.

-This rule is being implemented with the aim of reducing the time it takes to pick teams. It also means that pickup admins will now take on more responsibility other than just starting games on IRC.

The following actions will warrant a 24 hour ban:

– Changing class purely to disrupt the team’s progress
– Going AFK for extended periods of time
– Going AFK without warning your team captain
– Anything disruptive, that is continued even after a warning from the pickup admin

We as the admin team from #tf2 reserve the right to change these rules at any time. Players will be informed of any such changes when they occur via IRC and this post. 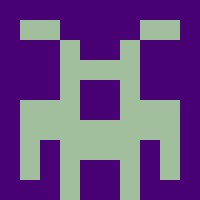 Could we also have an admin list in #tf2 which would be updated regularly?

I’ll ask skillbill to post a list on the SGS/tf2.co.za forums, but otherwise the current list of ops on #tf2 seem up to date, and we’ll do our best to keep it that way.