Well it’s time to warm-up for 6v6 action peeps so let’s get started with a cup. This short tournament will take place from and it will be played on a single map Cp Foundry to test it in the local scene and hopefully get some feedback on it from the community to decide if it’s a worthy map to be added for the 2012 season maps pool. 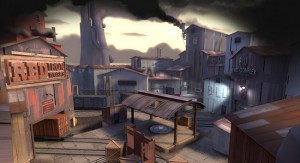 Cp_Foundry has received some popularity votes at the EU competitive scene.

More info to follow as soon as registrations closed and we have the total numbers of teams.