TF2 is looking really good at the moment. I have been asking around lately and have come to realize that there are so many guys in TF2 SA that wants to play competitively but are either too scared of the “BIG” teams or don’t know where to start or what to do. So I will make a basic guide that will explain what our goal is in this community and what new teams should do to get started.

Firstly I’m gonna ask the support from ALL Div 1 Leaders, don’t be lazy. Let’s make this a big and FuN community. Everyone was new at some stage of their life, obviously we can’t make this a big community without lots of teams, so we need everyone we can get. I want the Div 1 Leaders and well the more experienced Div 2 Leaders to adopt a lower team that is new to TF2 or struggling. Show them the basics, maybe get your team to spec their team in one game. Make this a team thing, sit in your mumble and spec their game together. Every player spec a different player, and after the game give them some tips and tell them what they did wrong or what they did right. Sub for them, and lead their game, make the calls so that they can hear and feel how a game is supposed to be played and what they should aim for.

Then obviously with all the new guys joining the competitive side of TF2, there will be a lot more new players in pickups. Now this I ask of the whole community, don’t rage at new players. Without them TF2 won’t have a serious future if you like it or not. Rather help them, tell them what they are doing wrong. If you rage at them they will just quit TF2 and what happened a few years ago will happen again. Yes we all like to win, but pickups are just there to improve your game and help others improve their class, no one cares if you have won 1000 pickups in your life. But what we do care about is the community and the future of TF2. So when you play pickups keep this in mind when picking teams, maybe put 2 new guys on each side and help them out. Now if you are new to pickups please listen else you will get raged at, when you are asked to join spectator please do so, don’t fool around on the server and ignore everyone. If you are asked to play scout, don’t go engie and just do nothing.

Pickups work like this, players are added to the game via MirC, after 12 people has added the BOT will make a beep sound and then everyone should join the server as soon as possible. No one likes waiting forever. Normally players would join random teams and warm up, shoot each other till all 12 players has joined. Then everyone (except the 2 players that want to captain) should join spectator and wait for the epic bottle battle between the 2 captains (Leave this job to the guys with more experience). Please try and keep your name the same, changing it the whole time will result to captains not knowing who you are and not picking you.

Then Captains will then tell you want class he would like you to play, don’t be scared to ask if you can play your class, if you don’t tell the captain he won’t know and make you play a class that you bad at or don’t really want to play, with this being said you can’t always play the class you want to, so don’t get angry if you get picked for other classes the whole time, this isn’t all bad. Team Fortress is a game that focus a lot on teamwork, playing a different class makes you see what other classes do in a game. If you always play soldier you won’t really know what scouts go through in games and you might think they must do this or that, but knowing what all classes do in the game will help you understand the game as a whole and make calling gameplay so much easier. I personally play soldier, but sometimes have to play demo or medic for the team.

Our goal is to have 3 Divisions with at least 6 Teams in each of them. So that everyone can have fun and feel like they are playing versus their own skill level. No one likes to play a 10min clannie and get steamrolled, after the game you haven’t really learned anything coz it all happened so quickly. So putting teams that are on the same skill level in the same Divisions will solve this, feel free to still challenge the “BIG” teams and see how you do against them, but when it comes to cup games you will be playing against teams that are on or sort of on your skill level, making it a much closer and more fair game.

Lastly I have made a steam group for all clanless TF2 players that want a team. Feel free to join the group and post the classes you would like to play. I will have a look at this group and personally put the right players together. The reason for this is, if you’re new to the game, you don’t know anyone and how will you join start a clan without players. So what people do is they just leave it, with this group I will link you with the right people and give you what you need.

Hope that this will help and that all TF2 players will get involved and assist where they can. 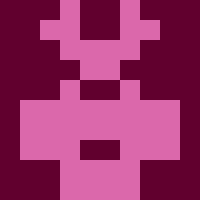 Good stuff kung!!! Hope this initiative will kick off and help all those new clans/players!!

Aweezz boet! Great plan we can do this!!!

WOOOOOOOHOOOOOOO. lets get it dun.

Nice one, hope to see lots of new clans coming to us for help, even if the players have been around for a while.

Story of my life… Been playing this freaken game the whole time and now that I dont have time to play any more there is more action in the community than ever.

AMPT! TF2 IS THE BEST GAME, LETS GET THIS GOING WOO =D

Uhm btw the group is for ppl WITHOUT clans lolz. So that I can see who they are and make a team with them. No I’m all confused coz I dont know who is in a clan and who isn’t. 🙁

I got an invite to the group, I will leave it :>

Awesome stuff…Let me know if you need help. I’m keen to contribute in any way possible 😀

Just some feedback to show that this wasn’t just another article going nowhere. Love is now a full clan and yesterday we made FiSH a clan, this is the lineup:

Good luck to the team! I hope to make another team soon. 🙂

btw what about the DeG guys ? and Obl?

DeG guys? You talking about Maniac?

G@teKeep3r and BeK_StiLL is in ObL, so yea they are being used in this new team.

Was away for a week, TF2 started anew.
Pretty Ampt
(should go away more)
Nice read

Awesome initiative!! I am a two week old noob and I am glad there are efforts to build the local community. Playing againts seasoned players has shocked the heck out of me and some sense into my brain.

The proposed setup here will go a long way in helping us the new comers find away around here.

I will delete all members in this group that are already in clans and then I will try and make a team or 2 with the rest of the members this weekend.