The importance of IRC

People seem to misunderstand the purpose of IRC. They feel like IRC is primarily for pickups, and only for pickups. That the entire purpose of the channel #tf2 is to add and remove. However this supposition has lead to there being a drastic decline in the base community of TF2.

But that’s not the only contributing factor – in terms of the player society – that has played a deciding factor in the dwindling number of players we have today, an additionally issue is the fact that there is no centralization for the community in an easy to access area. It’s not only IRC that new gamers came to get involved in competitive TF2, it’s also the Saix forums that played a major role in the growth of TF2.

The saix tf2 forum was once a vibrant forum. We had players from all communities coming in to post their ideas, opinions, trolls, rants, and most importantly, questions. Players knew that they could logon to the forum because they saw how active it was, when browsing the forums. They saw that the team fortress 2 section had recent posts, and they were drawn in to make posts in threads. This allowed us to establish a bigger social community, and thus draw more and more players into the competitive section of TF2.

IRC also fulfilled this role in a way. But it was way more casual. What you said on the forums was usually concrete. You meant what you said, but on IRC, you usually just spoke utter crap. But occasionally, there would be a good discussion about a specific matter, and that would result in there actually being a favorable outcome – favorable to most – an example would be the inclusion of new maps in the leagues, or the setting up of servers in certain ways.

An example of how this could be utilized in today’s community, the DH issue, or the inclusion certain maps in the custom maps league. A centralized community hub is KEY to these issues. The problem is a website like TF2.coz.a excludes certain people, it’s not easy to logon to that website and just get into a discussion, the comment system is not meant for these kinds of discussions.

The first step in revitalizing the TF2 competitive community is to get people back into IRC, and to become a part of the IRC hub. This means to idle in the channel, and NOT to join casually. You need to be in the channel for long periods of time, so that if a discussion starts, you can become a part of it. The additional benefit to this is that it means that pickups will start to flourish again. We wont have the same old stale players playing over, and over, and over again.

If we are all in IRC, and have an active community, combined with an active pickup community. New players will see that we are active, and thus get involved. This mix bullshit is way too exclusive to new players to be considered a stable alternative, it’s determined by your friends list, not by the size of the community.

One final thing, for all those considering to post responses, or questions, or any sort of post, even if it’s an insult, please post them here: 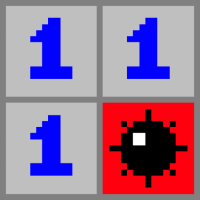 Nice Post. Lets try to support this guys. TF2 is going through a good transition at the moment with lots of new players and clan activity but for things to be successful we need to get on irc and get some pickups going as well as decisions among team captains.

Good stuff man I’ll reply something there shortly, we really need to turn things around and unify this community for once as it will make things easier to move forward.

Hey Guys. Razerfox has worked hard to upgrade the site uncluding the forums. Please start using it as we can make it a Central for everything and not only comps.