The TF2CSA is back with more interviews and this time we catch up with Beetle a well known South African TF2 player that moved to the UK a few years back to learn more about his gaming history, how is he doing on the European TF2 competitive scene and his point of view on TF2 South Africa.

How did you get into gaming?

Well my first games were on the PS1, but when I graduated to PC I mostly only played single player RTS. Until COD2 came out I had never played an online game before. I played that quite a bit, Semper and I played that on a Hong Kong server which gave us a pretty good ping considering the distance. My next game was TF2 and I have never looked back.

So how long have you been playing TF2?

I started playing a few months after it was released, if I could have I would have started earlier, but I just couldn’t find a copy. Two of my friends had the game and they were the reason I got it initially. Semper got the game shortly after me and we formed our first clan as a bunch of noob friends who had played the game for a week.

What teams/clans do you play for in TF2 and how long you have been playing competitively?

As I said I have played competitive pretty much from the word go. Jumped into the deep end really. I have played for a few clans in the past:

Can you explain the different divisions for FB?

Fakkel Brigade was formed by a bunch of stoned Dutch guys playing out of a game-cafe. They have a rich history but long story short they are now one of the top teams in Europe. They have had many second teams in the past and I have been involved in the last two.

There are no real divisions other than the first and the second team, there have never been more. Fakkel Brigade Green is named like that because some of the original guys from the FB first team are in it and they didn’t want to be another FB2 team so they chose a colour, and being Dutch and high, they chose green.

What class do you play for FB?

What made you decide to play Pocket Soldier?

I had been playing with the same medic (Swarlz) for over a year in a few clans starting with TR, so we knew each other well. Aside from that I am pretty defensive in game and I like to watch the medic’s back and wait for other people to make mistakes rather than just going rambo on them.

Your best moment in TF2 and why?

Wow, that’s hard. It’s such an eventful game with so many awesome moments.

I would say from an out of game point of view it would be either getting sponsored, or getting picked up by FB. My biggest honour was being asked by Exfane to form FB Green after FB2 broke up.

From an in game standpoint I would say any of the games with FB2, seriously the best clan ever. I talk to those guys all the time still and they really are awesome.

What you think new players need to do to better them and become more competitive?

I would say, aside from working on your own aim there are a few things you can do:

-Perseverance is key, you are going to lose, and if you are totally new, expect to lose a lot. But if you pick yourself up after defeat you are gonna be harder to beat next time.

-Get some practise. Pickups and mixes are there to help you get better, take as much advice as you can from experienced players and although they may rage, listen to what they say because no matter how loud it is, it has a meaning. And find a team of people you get along with, a good, friendly, positive environment helps loads when you are trying to improve

It is very good, big props to all the guys who put it together. It provides a much needed place for the TF2 SA community to find some order. I like the fact that there is more traffic on the website now than ever and I think the recent tournament and upcoming events are to thank. Well done for sparking some life into a community that seemed on it’s way out not so long ago.

Having played both European and South African TF2, what do you think are the main differences?

The player count is the big difference. Apart from that I think that there are more resources here, such as training servers and clans have their own servers most of the time.

Another thing is that TF2 SA is very isolated when it comes to the TF2 world whereas European TF2 is a kind of hub where it is all around you. One thing I like a lot about TF2 SA is the intimacy of the community, everyone knows everyone, whereas in Europe most people are strangers to you. I like the vibe in SA Tf2, probably because I like South African people. As a South African playing in Europe, it’s rare to find someone like you (they are weird here!!!)

Do you think TF2 in South Africa has the potential to grow?

I think TF2 anywhere has the potential to grow, it is a game with so many possibilities. Admittedly the SA scene will have to work extra hard to get it to a place where it is a stable success, but in my view it is going strong, so yes I think TF2 SA has a bright future. All you need is some dedicated players and a little bit of will power. It can be done.

Thanks for your time Beetle. It was nice to see your point of view on TF2.

Hope to see you on the servers soon. 😀 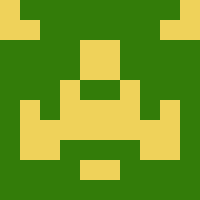 where’e a beetle frag vid to couple with the interview? wanna see some skills in action :>

Nah that one is bad…
http://www.youtube.com/watch?v=KVdbpln2Nbg&feature=related
There’s one 🙂

Waffle Knights (WK) was the first clan i ever joined in tf2 too..??
Never knew i was in it with u beetle.. interesting..
Otherwise, stop being all European and stuff and come back to sa so i can kick your ass on even pings.. =)