How to be credit to team

In-game Sound and Listening Skills: How it can help you to be a better player.

In my previous article, I focused on explaining the basics of communication. Today, I want to focus on listening.

Listening to your team-mates, which is obviously an important yet self-explanatory aspect of the game, is what I won’t be going to be looking at in detail. What I do want to talk about is actual in-game sound.

In games like Counter-Strike, sound can make the difference between winning and losing, due to the emphasis on footsteps, reloading and other actions that can give away your position just from the sound these actions make.

In TF2, their is much less emphasis on things like footsteps and reloading, however, there are some specific things you can look out for that can help you pull off some unexpected, and often, rewarding plays.

First off, let’s take a look at some of the easier and most commonly noticed sounds that the average player will almost always listen out for and will respond to:

Now, here is a list of some of the less commonly listened-out for sounds that not too many players are aware of or do not often respond to or make use of:

Finally, here is a list of sounds that only a small group of competitive players make regular use of, and are very situational and difficult to listen out for:

And that’s pretty much it, hope you find something useful in there to make use of.

A Medic’s automatic voice response when he deploys an Ubercharge. 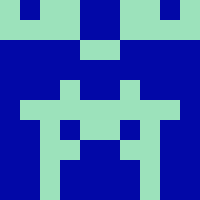 Thanks for posting this ^_^