After spending a few weeks down under and returning (relatively un-scathed and un-harmed) Ryan “Evil clown / Trippy” Nussey explores the differences between Australian and South African TF2, both public and competitive.

The lay of the land

Before you puzzle yourself over the clever title of this page and get lost in its translation please understand that I was only in the country for a few weeks and, yes, I have returned “un-sheeped”, or “un-shagged”.
I’m going to cover public side of things before I move on to the more competitive part of this article. When you first launch TF2 in Australia you get a strange buzz of excitement up the back of your spine because, lets be serious, you have no idea what is waiting for you. They have up to 35 different full time servers running at any given moment and it is almost guaranteed that three of them will be full and another seven will have players playing at any given moment.

For someone who was constantly jet lagged, this was pure bliss. Game play on the servers was fantastic as it took only an hour or so for any server to be patched. There are roughly five dedicated server hosts, each equivalent to IS and SGS with a few randomly hosted servers that everyone generally steers clear of.

A positive to all these different providers is the user forums boasting over three thousand topics between them. Should any user experience issues with game play or players on the server, a quick trip to the forum results in swift action taken by the admins concerned. I think this system is something we could use more effectively here in South Africa.

To top off the awesome “Aussiness”, I was amazed to watch my backpack fill up surprisingly faster than in South Africa and with extremely decent items – specifically hats. I found this both an awesome and guilty pleasure. I mean finding two hats within thirty minutes does not feel quite fair… 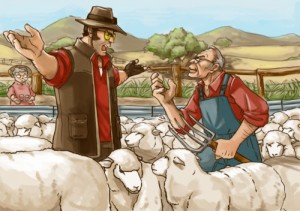 Playing Fortress with the Aussies was very different indeed. Consider this scenario: You’re being healed , about to rush the point with an “uber” ready and suddenly the native medic yells as loud as possible into his mic, “I popped, mate!” It reminded me of those late night E-TV moments.

Besides the strange accents playing with this lot is extremely average. When it comes to basic game play and team classes these guys have their heads in the ground. I did not come across one person who played the game just because it was free. Every Aussie I faced had paid for TF2. The general ability seems average too. Take a so-so South African player. In my experience he (or she) will rack up a score of around fifty to eighty in half an hour of game play. Australian servers run for a full hour and the average player barely manages to break sixty in this time. As far as “Public Heroes” go, it is practically unheard of, and was extremely rare to find a challenging player capable of breaking the doubles and entering the triple scores. It seems as if the Australians play TF2 to just pass the time in-between CoD MWF clan matches, rather than for TF2’s sake!

The competitive side of things

Before you face palm yourself out of boredom, here’s what it was like to play competitively. I was able to participate in the Australian equivalent of a “TF2 pickup” and I somehow ended up subbing in a clan match. The logistics of the pickup are pretty much the same as is here in South Africa. Using your favourote IRC client, join the channel, add to the match and you are in. When it comes to game play these guys generally know what is going on and are extremely capable players. Players which I personally think could give some of our guys here a run for their buck.
Clan play is extremely similar to that in South Africa apart from the fact that I feel a few clans are, to be blunt, noobs. Subbing half way through this match I found myself first playing scout then moving up to pocket soldier and luckily leading the team to a tie. Many of the clans prefer point defence over our normal love for maps such as Bad Lands and Granary.
In short, I believe it is safe to say that our current stage of various tiers of clan play is ahead of that found in Australia.

As far as an Australian TF2 community is concerned, I found no evidence to suggest that one exists anywhere on the island. Every server I connected merely posted some patch notes and the occasional advertisement for some terrible James Bond game. Again my observations point to the Australians merely play TF2 to pass the time and it is possible they are only now beginning to take TF2 more seriously and competitively.

Why should we care? 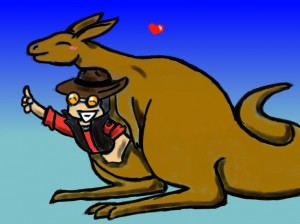 Here we are, thousands of miles away from the sheep-shearing, sniper spawning Aussies. Enjoying a life of TF2, braais and the best babes in the world (Candice Swanepoel for one, comes to mind). Why should we give a damn about whether Australians can play TF2 or not?

Given our historic and, to some extent, present feeling of isolation being stuck at the almost-bottom of the world. I think here in South Africa we often believe other areas of the world to be better than us or more competitive than us. This so-called “fact” is often used to mislead people makes them feel inferior or something equally horrid. I can say with a fair amount of certainty that Australian Fortress has an ocean to cross before it gets to where we are today as a gaming Community! Good on ya, mate!

“As far as an Australian TF2 community is concerned, I found no evidence to suggest that one exists anywhere on the island”..
You kidding me right? Have you never heard of http://www.ozfortress.com

How have you not heard of ozfortress?

I was wondering about this :/

I enjoyed reading this, thank you for sharing your experience.

Nice read, thanks for sharing your experience!

Cool you got a chance to play with the aussies 🙂

I wish we could get semi decent pings to EU and OZ. Maybe then we would be able to grow this community and play more clan games.

I once played on a Russian server, and I didn’t understand what they were saying on the mic’s. It sounded as if they take their tf2 more seriously than us South Africans.

😀 we need to get more emotional on our mic’s.