Week 2 is about to be kicked of with some interesting games that are going to take place. On paper, the games should be very close, but seeing what can happen in this game, i’m rather going to watch and enjoy the games.

With some teams changing their roster, and a team folding. I won’t be surprised if the teams either improve or just get rolled through both maps.

The maps will be cp_gullywash_pro and cp_gravilpit. Which in some people’s minds are horrible maps, but I know for a fact that gravilpit, with great teamwork, can be a win for any team. So excited to see what happens.

The Match of the Week

Please note that all times are listed in Greenwich Mean Time
The United Kingdom is currently in BST (GMT+1), so if a game is set to start at 19:00, then it will be at 20:00 UK time.

Down to business then and with only one result chalked up so far in Season 10 we don’t really have much data to work with when postulating how the next six weeks of Premiership fixtures may unfold. Infused.Tt eSports have put their best foot forward with a fairly convincing victory over CKRAS Gaming despite the inactivity issues caused by the start of a new university semester.

Even the dog in the street knows that Epsilon eSports are going to finish the main season in the number one spot, despite what Infused might tell you. The real season is going to be found in the battle for second place, with the pre-season promise of Infused and Team Dignitas being joined by a few late arrivals in the form of Relic and a rejigged TCM-Gaming.

The above was taken from “James J. McDonnell // Admirable“. It is worth it to read the rest of his article on Cadred.org. So go for it.

On another note there is a game being played tonight. Although they played earlier this week in the Excello ZOWIE TF2 Pre – Season – Invite Finals. It was a great game to watch that went to three maps. So my prediction will be Epsilon takes both. Lets see if Dignitas can prove me wrong.

*Update* This game will be casted by VanillaTF2 and will be covered by Byte and Greg. The stream will be directed by Comedian. 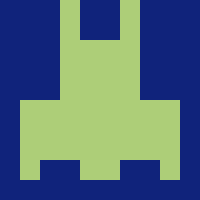 Keeeeeeeen! This is how we should aim to play all our matches, we need more people getting involved, watching and learning.

Great game from Epsilon on Badlands

Only got time to watch this yesterday. Indeed a good game!