Round 3 of the 6v6 v1 Competition promises to be a very open contest, where each match could go either way. There are some very exciting fixtures and high quality action to look forward to. This preview will take a look at the teams and who to look out for, as well as some predictions for the match-day.

First, Narcotics are up against Girls-gone-wild. Without having lost a map yet Nc are the favorites for this game, but, as Styx proved in the last round, they can be beaten. Players to look out for here will be Nc’s WaRh4mmy who has shown himself to be a big threat as sniper, scout and even spy, especially on Nc’s favored map; cp_freight. Girls-gone-wild’s experienced and reliable pocket soldier, Mike, will probably be the biggest challenge for Nc but they will also have to watch out for their dangerous scout partnership of White_Wolf and Whisp.

Next we have Enigma vs. Equilibrium. With both teams having gotten off to a disappointing start by their standards, they will both be determined to get the win here. The two teams are fairly balanced and on current form the match could really go either way. Players to look out for here will be Eq’s experienced and deadly scouting combo of Razerfox and Xt3rminator, who can outmaneuver and back-cap the best of teams.

Styx vs. Fury will likely be an interesting match, with both teams showing considerable improvement over the last few games. Both teams have displayed an eagerness and determination and it should be a hard-fought game. With a more experienced and established line-up and a good performance in their last game Styx are the  favorites here, but Fury have shown a lot of promise in their previous games and if they keep calm and play well as a team they could easily win it. Players to watch in this game are Styx’s demoman, Headshot, who had a brilliant game in Round 2 and is showing constant improvement, and Fury’s Heckers who has been on very good form as roaming soldier.

Last, but certainly not least, is Angry Vikings vs. CyB. Despite not having got a win yet AV have not missed a game and have shown good promise and a determination to improve. The same goes for CyB, and with both teams being fairly balanced it’s a hard one to call,  but I think which ever team plays well together and gives it the extra bit of effort will get the win. Key players here for me are AV’s skilled and up-and-coming scouts, Evil Clown and Dan, and CyB’s scouting pair of Darktrace and Deathcam has also been playing very well together.

This looks to be the most exciting round so far and it will also likely prove to be “make or break” for most of the teams, with the result here possibly deciding who will stay in contention for the top 4 placings. Nc looks to have secured their top 4 spot with an impressive 4 map/2 game win streak, but as far as the rest of the teams are considered it’s still wide-open. Remember that you can spectate any of the matches live on the IS Match Server – Source:TV spectator servers, with all the games being played at around 8:30 every Wednesday and Sunday night.  Good luck to all the teams for round 3 and enjoy! 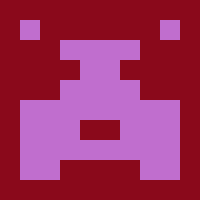 Awesome. Going to be an exciting Round, with a lot of raging from me:)

Good stuff Goldfox! I just hope that all the teams play their games (get all your players in time guys)

Im am EXTREMELY exited for the up and coming games

I wish we could see who wrote the article. Good writing to whoever wrote it. I see she/he/it passed English in high school. 😀

Peng I think you are blind… check on the headline:

Put it at the bottom?

Nicely written. I have one comment though and it really is not a big deal but I would have liked to have seen a little more about eNigma, we have our name mentioned and thats it.

Im sure it will be in the next one

I won’t be able to play for 2 weeks, got to study for exams next week. 😀

See you all next next Sunday!

The reason I didn’t say much about Enigma is because they have only played once in the comp so far and haven’t been every active lately and I haven’t seen them play or played against them in a long time, so I couldn’t really say much. I didn’t leave you guys out intentionally or anything lol

Loving the league oaks, shot for getting the Clown back in the game xD

It’s because I am special. 😀