16Bit TF announces their first Team Fortress 2 (TF2) 6v6 Cup. The Cup has been named “One Nighter’s Cup” and will be held on the 3rd of July. The One Nighter’s Cup will be a one night cup, meaning the cup will be held and finished off in one night. Registrations open today and will be exclusively open to competitive TF2 clans for the next two weeks. There are a minimum of four spots allowed for the cup to be held and a maximum of eight. The Cup will how ever be opened to mixed teams should competitive clans not fill the eight spots available.

The Cup will consist of three rounds and be held in a single elimination manner. Seeding will be done by members of the competitive community who are aware of clan skill levels and match up’s will be announced at least 1 day before the cup starts.

Each round will be 45 minutes long, in the first 15 minutes clans will have the opportunity to do a map elimination. The format of this will be a melee round* where the whole team will only be allowed to utilise their melee weapon, the team who wins the melee round may choose the map to be played. After the map has been selected by the winning melee team players will have only one chance to beat their opponents, i.e. one map. The winning team will be promoted to the next round and the losing team falls out.

*Melee Round: All players from each clan will change their class to Demoman and choose the Bottle.

The following graphic will demonstrate the cup layout:

16Bit TF Administrators will be assigned and available on the night of the Cup.

Clan Captains, Vice-Captains or Managers can sign up heir clans by posting their team on the 16Bit TF Facebook group or 16Bit TF Steam group, Alternatively the information can be emailed to 16bittf@gmail.com.

Clans are required to sign up with the following format:

Clans can view the full set of rules and information here or download the pdf file here on local bandwidth.

All clan Captains are obligated to read the full set of rules and information. An announcement will be made at the end of each week on the respective 16Bit TF groups for clans to see who their possible opponent will be.

Players can download the maps that will be played from the TF2.co.za website by going to this page.

Disputes, questions, requests or ideas can be emailed to 16bittf@gmail.com.

and no strings attached… 😛

Strings :O
What strings you talking abt Foxxy? 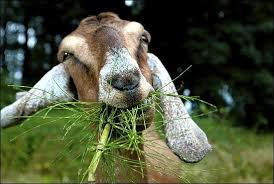 I laughed so much now….in other words, that’s why Fox prefers his goat above woman…no strings

Download the PDF 😀 is very small and on local bandwidth 😉

I approve of this competition.
Great idea.

Everyone should go advertise on the pubs.

Yeah will try get it sorted. Im still a soldier short atm.

Putting a team together atm, will probably enter this weekend.

Some of the servers have been updated.
2 days ago MGE wasnt working because of the same error, now it works fine.

Sure we will make a plan Peng 🙂