Perhaps more than some I, Razerfox, have a unique perspective on why clans come and go. The making and breaking of teams and clans depends on many factors. There is however, one key factor that rises above all others. Let’s explore what this “x-factor” is and find out how successful clans manage to use this elusive element to their advantage.

Let’s cut to the chase. Yes, the following factors affect  the making or breaking of a clan: friendship between mates, performance issues, disrespectful behavior, poor leadership, irresponsibility, losing even winning! I’m sure you, dear reader, can think of a few more to add to the list.

In our local TF2 competitive community this constant change and lack of activity has always been a big problem but the number one problem lies with the clan leader.  Yes, I am talking about you, clan leader, the one that fails to set a goal for your team. When I talk about “goals” each team can have many different goals or maybe even just a few but the one over riding, all important, above-everything-else goal is this: improve as a team. Even if you are the best team you still have to keep up your game to stay ahead of the rest, if you are a mid-tier team surely you would like to improve to get to the top level and those at the bottom of the ladder in skill levels should also willing to try and build up their way up.

Brazen TF2 was a mighty team that rivals did not want to play. Skillbill, Scuba, anthem, Takbok, Turbz and Sentient were the winning team at the BOTC TF2 V1 2009.

This is a big problem in our local TF2 clan scene – our top teams reach a level where there is not much to do. When you become the best team the rest give up and that leaves you and your team playing against a less skilled team. This usually leads to a steamroll and is not fun for either of the teams. The lack of major tournaments for the game is also factor for these top teams losing interest as there is not much reward for the time invested in the game to remain at the top level and playing clannies and other community hosted competitions just does not cut it.

As example Brazen TF2 suffered from this when they had a dominant period beating the likes of Pantheon, MiNt , KAN and at a later stage Swift back in early 2009, when it seemed like TF2 was on the rise.

There were a lot of teams initially who wanted to play us but once we were dominating the top teams consistently they all eventually started to flake [fade away]. And the other teams back then weren’t going to offer us a challenge so we decided to call it quits.
~Skillbill (Brazen captain)

At the mid and low-tier end, the problem is usually down to one of inconsistency. These teams never get the chance to evolve. The leader of these teams has to take full responsibility by either not choosing the right players that can commit properly to the team; or the leader breaks up the team as soon as results are not good enough (as opposed to making a couple of roster changes) or perhaps they do not have enough patience to carry a team forward.

Leadership is getting players to believe in you. If you tell a teammate you’re ready to play as tough as you’re able to, you’d better go out there and do it. Players will see right through a phony. And they can tell when you’re not giving it all you’ve got.
~Larry Bird

We need teams of course but we also need stability and if these teams do not have a strong  leader that has the willing power to move forward and accomplish the goals they have planned for their team we will keep replaying the same old tired and worn out routine that has dogged TF2 for a long, long time.

This is why we must focus on a major goal that each and every team from all skill levels should work for. The one goal that requires unity in a community, the one that does not have a selfish minded purpose regardless if you are in the winning or losing team. This goal is to work for a healthy cycle of TF2 competitive play that is consistent, has long term future and keeps growing a competitive player base that can be recognized by the local event organizers to give us the chance to represent the game we play and show that TF2 can be as fun and as competitive as any other of the big titles played in SA gaming.

What do you think? I would like to get some feedback from the community, so let me know in the comments what you think about it and what we can do to improve the clan scene. 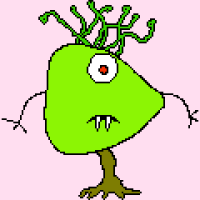