In the spirit of Valentines Day and kicking off 2012 with a whole lot of fun, 16Bit TF will be hosting the 16Bit TF “Frags & Affection” Ultiduo on Sunday the 12th of February. This will be S.A’s very first Ultiduo and every one and any one is welcome to enter.

The combo from 6v6 (medic and soldier) work together to kill the opponent combo. It is King of the Hill (KOTH); the objective is to capture the point and hold it for 3 minutes. It’s basically a death match style competition, very simple and easy to play.

The original Ultiduo concept was developed by Ozfortress. It is meant to celebrate a very integral aspect of team fortress which is the medic and soldier; this is the core of the competitive scene and also is a staple combination in pub play.

With its fast-paced action an Ultiduo competition promises to deliver excitement, upsets and “midairs”. We looking forward to seeing new faces show their skills and expertise with the medic and soldier classes. Simply create a 2v2 team and you’ll be able to sign up.

KOTH 2v2 format with the soldier and medic combo. The tournament will be a single elimination system, consisting of 3 rounds: preliminary, semi-finals and a final. Each round has a 30 minute time limit. To win a point a team must capture middle and hold it for three minutes (the clock starts running down once a team caps mid and stops when the other team starts capping it). The team who reaches 3 points first, wins the map.

Medigun (Kritzkrieg is NOT allowed)

1) No class switching is allowed during a round, as it may give a slight advantage. Players are allowed to swap at the end of the round.

2) One Sub per duo will be allowed during the elimination rounds. Please note that semi finals and finals must be played by the exact line up that qualified for them. No subs will be allowed in the semi finals or finals as it makes to drastic a change to the game because a team exists only of two players. (Read this, don’t ask about it later :P)

3) Seedings will be done in a random pick format; a system will be implemented where essentially the participants will be the deciders.

4) Players must play with the same nick they registered with.

6) If a team is not on the server ready to play within 15 minutes of the scheduled time, that team will forfeit the map. After the first map, teams are allowed a 10 minute break before the start of the second map. This is under the players’ discretion, and if they wish to carry on straight away they may do so. (10 minute break only applicable to semi finals and finals)

This competition is experimental. 16Bit TF will adjust aspects of it as needed to optomise the experience for every one. All complaints, suggestions and queries must be emailed to 16bittf@gmail.com or directed at admins present in the IRC channel #16bittf on #shadowfire. Alternatively players can post on the FaceBook group wall or on the Steam group wall. Players who enter the competition agree to the possibility of small changes and improvements as well as the rules.

The exact times and rounds will be announced once registrations are closed and admins have had time to gather all data.

Players who display poor sportsmanship will be penalized as seen fit by the admins.

Tournament admins will be announced closer to the event.

The 16Bit TF “Frags & Affection” Ultiduo will be hosted on Internet Solutions servers, many thanks to them for their continuous support.

Teams can sign up right here in the comments section, so that every one can see exactly who they will be facing. Entries close on the 5th of February.

PS: Please don’t ask a gazillian questions in the comments section, refer to “Some important informationz!”, scroll up  😛

koth_ultiduo_r_b7  has been added to the existing map pool. 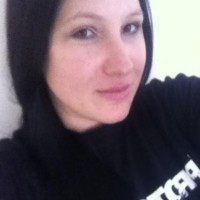