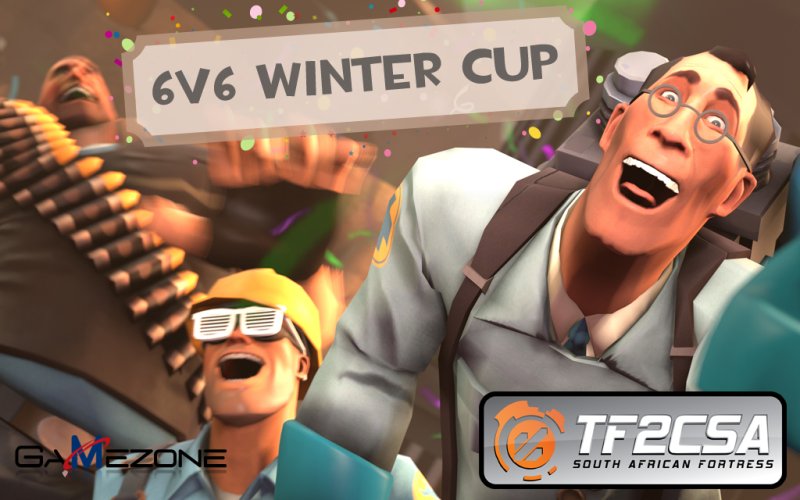 There’s a new reason for you to be delirious with happiness, fellow fanatical citizen of TF2 land! Brought to you by your friendly local benevolent overlords at TF2CSA and MWEB Gamezone, the 6v6 Cup is back and it’s bigger and better than…well than anything – literally ever!

We promised we would do it again and we have! New and improved! This is the tournament you didn’t even realize you were waiting for. But you were. We guarantee it!

At stake for the Cup Grand Final winners in this most prestigious of competitive endeavours is the Rancid Cup of Destiny! Lay claim to its filthy, but utterly fulfilling charms if you dare! Join all of South African TF2-dom in the hunt for this elusive and beguiling prize. Register your team today and join this epic quest. Fame, glory, riches and a sanitarily questionable plastic cup of dubious origins plastered with masking tape awaits you! And if we’re feeling particularly benevolent, some actual prizes could be yours too.

Teams can choose from the following map pool: