“Bromance in the Theatre of Doom”

South Africa kicked off their very first Ultiduo this weekend in the spirit of man love and Valentines Day. Seeing a great interest from the community the Elimination round, Prelims and Semi Finals heated up this Saturday to an exciting conclusion as to who will proceed to the finals.

Team OH NO! and Team Synergy will face off at 7pm CAT (GMT +2) this Sunday in the finals, being shoutcasted by none other than Lazar “Comedian” Jovic  from VanillaTF2, John “Agro” Irwin from KritzKast and 16Bit TF’s Yolanda “Lolita” Green.

Some info on the players.

Team OH NO!
Tristan “Alien” Green is a youngster who has been playing competitive TF2 for years. He is known for his annoying text spams and lucky mid airs. Bradley “Silencer” Robinson has been part of the TF2 SA comp scene on an irregular basis. His mild manner makes him a solid medic. These two are definitely the favourites to win.

Team Synergy
Can the underdogs Jaco “Wasabi” Swanepoel and Andrew “PaciF1ST” Bevis kick up a storm and take the victory? Both these players have shown that they are not to be underestimated. Wasabi is the new kid on the block who might just upstage the more experienced Alien. PaciF1ST has been honing his medic skills by medicing the legendary drunken pocket solly FISH for the whole of 2011.

South African Fortress would like to invite every one to come and find out as well as listen in for some guaranteed laughs! 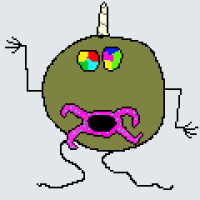 never take me srs, unless i r ofc seriaas :P