This post was written by Blazed, and purely posted here by Zoidberg.

TF2CSA is bringing the competitive South African TF2 community a weekly league! With how we’ve seen the league style tournament explode the Dota2 community here in SA (70+ teams registered for the last DGL), we have high hopes for our own TWL. Currently the league will be hosted on our own TF2sa servers, with the possibility of Mweb sponsorship looming, they seem interested in supplying us with new servers for the league matches to take place (things are looking good :D).

The basics:
The tournament will start on Monday, the 11th of February 2013. Each week from that date on, every participating clan will be matched up against an opposing clan. Managers of each clan then take it upon themselves to organise the day and time of their match, as long as it is played in the specified week. The TWL will be running the standard 6v6 format, using the class limitations and whitelist of our current mix server (Listed below) .

Below is a detailed section regarding the League, it is suggested that all clans read through this information.

Date
As mentioned above, the TWL will start on the 11th of Feb, with the ending date being unknown as of now as this depends on how many teams sign up. Our prediction for the first season of the TWL is that it will run over a 5 week period (this figure may very well be inaccurate).

Format
Each clan will play one TWL match per week of the 6v6 format. Clans will be ranked on a log basis, receiving points for wins and draws, no points are awarded for losses. A match will consist of 2 maps, where clans will choose 1 map each, the winning clan then receiving 3 points. In the result of draw, either through a single map won by each clan or both maps ending in a stalemate, a third tiebreaker map must be played. The tiebreaker map is randomly selected by TF2sa at the beginning of each week, and is then used by all clans if a tiebreaker situation occurs in that week. If this map ends in a further stalemate, the match is declared finished and both teams are awarded 1 point.

Matching System
The matching system we have chosen to use allows all clans to have the freedom of playing their match anytime within the 7 day period. Managers will be able to see who their clan has been matched against prior to the start of the week; this information will be publically available on the TF2sa community steam group. We suggest managers contact each other to discuss when their match will be played before the start of the week the clans must play in. (The steam page of clan managers will be provided to allow contact over steam).

Once the date and time of the TWL game has been decided between the managers, BOTH of the managers MUST post a booking for the clan server, confirming both teams know of the match. This will be done on the TF2sa community group, on the TWL booking post, all booking posts must include which clans are playing, as well as the date and time. It is in the manager’s best interest to do this ASAP to avoid conflict with other match schedules. There should be two servers available for booking, and both will work on a first come first serve basis. Note that if no booking takes place, both teams matched will receive a loss for that week.

We would like managers to keep in mind that a match can take up to an hour and half if a tiebreaker is played. So think ahead when organising with your team!

Late Clan Members
We want all teams to understand that by booking a server, your manager has confirmed his/her clan is available to play on the specified day and time. If a full clan is not present, clans can play short a player or two to their own disadvantage.

Teams who do not have all their players will be allowed a 10 minute waiting time beyond the organised match time, and then the 1st map must start even if players are not present. Players will be allowed to join straight into the game if they have arrived late and it is in progress. This player must announce on all chat he has joined that game. The second map should then start as soon as possible after the 1st map has ended. All players are encouraged to be online 10 minutes before the match is due to start.

Substitutions
It is recommended that clans register 2 subs in case of situations mentioned above. Generally we would like clans to stick to using players that have been registered with TF2sa under their clan name.

In an effort to help newer clans who might have problems with all members being available, we will allow a substitute from the community whom is not part of the clan, BUT they must meet the following requirements:

**Please note involving the above topics, we expect clans to be fair and helpful to one another. These rules have been made for the good of the South African TF2 community, so use some LOGIC before the rage and crying starts. We’re all in this together 🙂

Smurfing
Every player is required to play with their most common and well-known name within the TF2 community. Smurfing is a serious offence, and will subject your team to a loss.

Match Rules
The rules follow that of our current mix server, with class limits being:

The whitelist used allows every ‘default’ weapon of a class to be used as well as these weapons:

Registration
Clans are required to register all clan members with TF2sa, under the post “Official Clan Roster” on the TF2sa community steam group.

Once a clan has been registered on the Official Clan Roster, the manager of the clan may then sign their clan up for the TF2sa Weekly League by simply speaking to a TF2sa admin or commenting that they would like to sign up on the TWL main post.

Prizes
As of right now, the winning team of the TWL will receive 18 Dota2 beta keys, with second place receiving 6 Dota2 beta keys. These beta keys are used to add Dota2 to a steam account (Please don’t confuse them with the ingame keys used to open crates).

There is the possibility of the prize improving before the end of the first season, but this will happen through the community showing interest in the league which will then cause the sponsors to show interest as well.

Recommendations
Just some tips to clans and their managers:

Feel free to post any questions or suggestions you have, and they will be addressed as soon as possible. 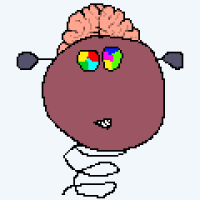